Why Your Internet Speed Test Might be Lying to You

Every year, more and more Americans subscribe to high-speed internet access from their cable and telecommunications providers. Our individual bandwidth consumption needs grow every year as people turn to the internet for work, school, and entertainment. BitTorrent downloads, Voice-Over-IP (VoIP) telephony, streaming video, and multimedia downloads contribute to an exponential growth in bandwidth usage.

While the Internet Service Providers (ISPs) have gone out of their way to increase subscribership, they have done a poor job of providing additional network infrastructure and bandwidth to their clients. In environments where bandwidth is shared, like a cable internet network, a very small pool of users are consuming a disproportionate amount of bandwidth. This results in slow connection speeds for the entire community during peak usage times. The ISPs are starting to take steps to minimize the connectivity degradation, but their methods are not in the best interest of the consumer. 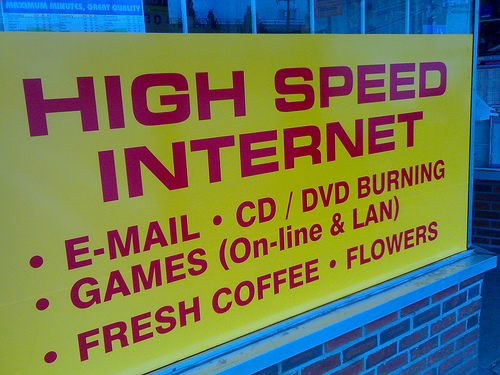 There has been a lot of news coverage pertaining to the bandwidth issue in the media lately, because ISPs have started to step in and manipulate network traffic. Several ISPs, including Comcast, have employed traffic shaping techniques that reprioritize how quickly your data can move through their network. The Federal Communications Commission (FCC) took action against Comcast for throttling BitTorrent data specifically, but failing to single out any other kind of data. If Comcast had not singled out BitTorrent data and just massaged the priority of all kinds of data traffic through their network, itis highly unlikely that the FCC would have intervened. It is good that the FCC is preventing ISPs from blocking specific kinds of data, but the door is still wide open for the ISPs to make it more difficult and more expensive for their subscribers to use the internet.

Throttling Data to Their Advantage
The ISPs do not have the best interests of the consumers in mind. There is no transparency, and the vast majority of customers who are affected do not know that their data is being manipulated or re-prioritized. If the ISPs continue to manipulate data traffic, how will we know if they are manipulating traffic to favor their own services? Since a lot of ISPs also provide their own VoIP phone services, what’s stopping them from manipulating data traffic from other VoIP services like Vonage, which run over existing broadband services? What’s stopping the ISPs from manipulating data transfers from Amazon Video, Netflix’s streaming video service, or the iTunes Store, since all three of them offer video downloads that compete with cable programming? Since the ISPs are not disclosing their network management plans, there is no way to be perfectly sure that your ISP is not taking advantage of you.

Speed Tests Can be Inaccurate
There are a multitude of bandwidth tests available on the web. The vast majority of those tests are only interested in how fast it takes generic packets to travel to and from your computer or home network. If you do not choose speed tests that test the speed of different types of data transfers, you may have an incomplete or inaccurate picture of how fast your connection truly is. Google joined with a few other organizations to form the Measurement Lab (M-Lab), which was created to study broadband networks. M-Lab provides several bandwidth tests that also look for evidence that your ISP is throttling specific kinds of network traffic, namely BitTorrent. These tools are all free to use, and they come with a lot of documentation, so you will be able to understand the results. If you use these tests, and you do find out that your ISP is throttling specific kinds of network traffic, it may be worth your time to call your ISP and inquire about it or voice your displeasure. If more customers express their concerns to the ISPs and the FCC, the ISPs may have to reconsider their current strategies.